Attorney Kenric P. Torkelson is a family law attorney with over 30 years of legal experience. 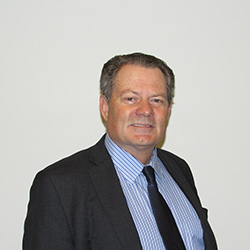 Having become a lawyer at the age of 25, Kenric Torkelson was fortunate to be able to join his father’s established law firm in Sacramento. Surrounded by experienced attorneys, Torkelson quickly learned how to be a successful negotiator, advocate and counselor. Working as a general civil law practitioner, Torkelson handled many types of cases. A great deal of court experience was gained by the handling of insurance subrogation cases. At that time, Torkelson found that he preferred working with individuals as he handled family law and personal injury matters. His preference to represent individuals would eventually lead to his choosing to become a family law attorney.

In the 1980’s, Kenric Torkelson volunteered to represent indigent persons with regards to landlord/tenant problems. The Voluntary Legal Services Program of Northern California referred a number of cases each year to the Torkelson & Torkelson law firm. The Torkelson firm was honored at a Law Day event in appreciation of the giving of free services.

In 1990, Torkelson joined the law firm known as the Sacramento Legal Clinic, which provided affordable legal representation to individuals. At that firm, a client could obtain legal advice without actually retaining an attorney, an unusual feature at that time. Over 80% of the clientele had family law issues. Clients could also have wills and trusts prepared, and retain an attorney to handle probate matters. Torkelson found his calling at this firm. He found it rewarding to assist persons dealing with the grief of divorce or the death of a loved one. Torkelson spent a total of 12 years with this firm, both before and after his opening of a similar practice in Placerville, California.

In 1994, Torkelson opened a solo practice in Placerville called the El Dorado Legal Clinic. Prior to his opening his practice there, El Dorado County had very little in the way of affordable legal services. Torkelson copied the style of practice that he had learned in Sacramento and made it available to El Dorado residents. There, he trained to be and was certified to act as a Pro Tem Judge during settlement proceedings. There, Torkelson provided affordable legal services for the next eight years. In 2002, he returned to the Sacramento Legal Clinic to staff an office being vacated by a retiring partner.

WHAT OUR CLIENTS SAY ABOUT KENRIC

This firm went way above the call in regards to my case – attorney Ken Torkelson is a fantastic lawyer with lots of wit and experience. I would call them first anytime in the future when the need arises. And will refer this office to all my friends and family with their needs.

This firm went way above the call in regards to my case – attorney Ken Torkelson is a fantastic lawyer with lots of wit and experience. I would call them first anytime in the future when the need arises. And will refer this office to all my friends and family with their needs.
https://www.bowmanandassoc.com/testimonials/david-m/
0
0
Bowman & Associates

In the midst of the COVID-19 Shutdown by the State of California we want to assure you that our offices do remain available for Emergency Legal Needs. While most of the Courts have shut down for non-emergency matters, those still remain Temporary Court Closures and we are monitoring the constant changes.

If you have questions about your case status or would like to know if your matter qualifies as an emergency please contact our office 24/7 at 916-923-2800 or via email at contact@bowmanandassoc.com.